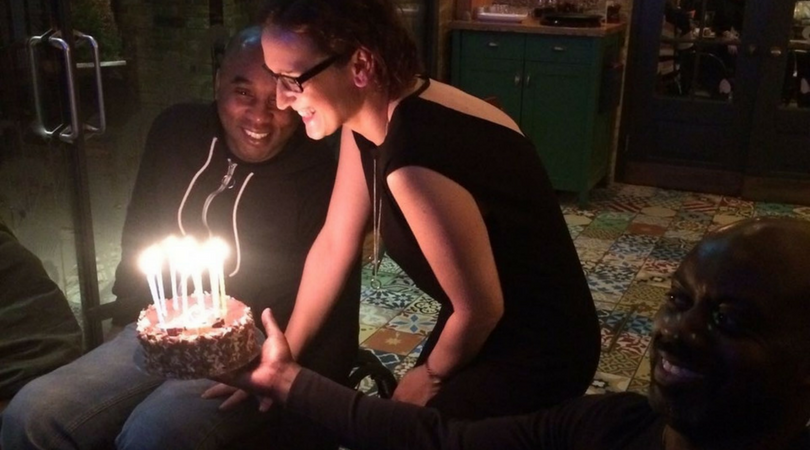 Mirka’s partner, Martin, was involved in a road traffic accident in 2014. Martin was cycling home from work and he had his head down as it was windy. When he looked up to see a bus in front of him, it was too late to avoid it. He collided with the bus and sustained a spinal cord injury at C6/7 level – changing their lives dramatically.

Mirka, 41, says: “The first four months after his accident were scary because Martin was in a local hospital where there was little knowledge around his injury. Thankfully, this all changed when we got to the London Spinal Injuries Centre in Stanmore. They were quite realistic about how much function he’d be able to regain and helped him with practical things like a bowel routine. It made him feel human again.” 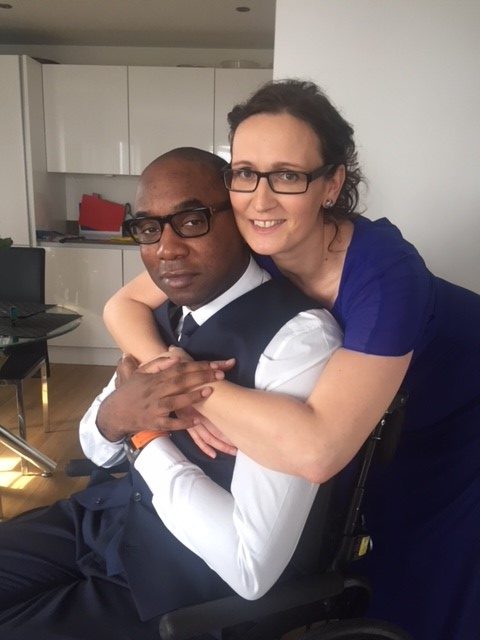 Mirka with her partner, Martin

While Martin stayed at the centre for three months for his rehabilitation, Mirka kept herself busy.

“I’d go to work and then to see Martin in the hospital every evening. We lived in a first floor flat so we had to move. I didn’t have a lot of time to process everything that was happening. I just kept myself very busy.”

It only began to hit Mirka after Martin was discharged from hospital and they moved into a new home together.

“About a month or two after Martin was discharged, I started to struggle because I didn’t know how to help him,” explains Mirka. “It was tough because home was so different to the spinal centre. There weren’t any hospital staff. There weren’t other people with a spinal cord injury going through the same thing as him. We didn’t know what life would be like in a year, a month, or even in a week. I often found myself asking, ‘What do we do now?’ It was at that point that I decided to call Back Up.”

Mirka wanted to speak to someone who understood what she was going through.  Until this point, she had never had contact with another partner of someone with a spinal cord injury.

“I just wanted to know about the practical stuff. I wanted to see how other people were helping their partners. I used Back Up’s family mentoring service and they matched me with a mentor who was also a partner. She was amazing because she didn’t try to sugar coat things. She was very honest with me.”

Speaking to one of our trained partner mentors gave Mirka the reassurance she needed.

“She told me that it gets better. I don’t know why I believed her, but I did, especially because I saw that she was in a better place. She gave me practical advice as well as emotional support, like tips for travel or what to do if your partner has a potentially serious medical issue like autonomic dysreflexia. Martin and I were also thinking about having a baby so my mentor told me about the different things she was trying with her partner.” 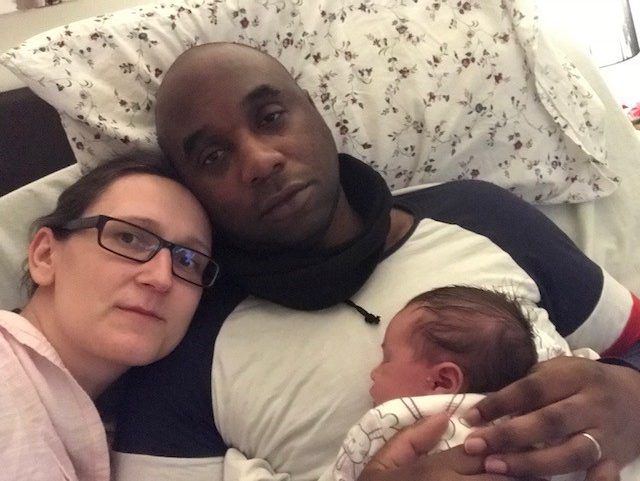 Mirka, Martin and their baby daughter

Mirka found the experience invaluable. Because of the impact mentoring had on her, she decided to train to become one of our volunteer partner mentors.

“I’ve always felt like I wanted to give back to Back Up in some way. I want to help other people out there who don’t know where to start. It’s a scary place and no one understands you like a person who has been through something similar.”

Mirka enjoys being a partner mentor because she feels like she is able to use her personal experiences to help others. Alongside her mentoring and looking after their six-month old daughter, she also volunteers with Andrew, our Family Support Senior Coordinator.

“I lead sessions designed to support family members at spinal centres, such as giving talks on what it’s like living with carers. It’s nice to be able to pass on useful things you’ve learned. Not everyone has the chance to speak to someone about these things so it’s good to be able to help. I get a sense of accomplishment out of it and have been able to get involved in so much more at Back Up.”

If you’d like to find out more about supporting other family members, please email Charlie or call her on 020 8875 1805.