Where Back Up began and where we are now, may look far apart. But our values and our aspirations for people with spinal cord injury were the same in 1986 as they are today.

Mike Nemesvary, our founder, was a world champion freestyle skier with numerous TV and film appearances, including performing stunts on the James Bond film, A View to a Kill. Aged just 24, Mike’s life changed forever. During a routine training session on a trampoline, he landed awkwardly and broke his neck.

The impact on Mike and his loved ones was devastating. Not only was he paralysed from the shoulders down, he’d also lost his greatest love – skiing. But Mike was determined to change this.

Mike and friends close to him realised that there was still a way for Mike to get back up the mountain. And by getting back up, he would regain his zest for life and self belief. Within eight months, Mike was in Switzerland learning to sit ski. In 1986, with the help of our co-founders, Barbara Broccoli, Konrad Bartelski, Jess Stock, from the film and skiing industries, Mike set up Back Up so that everyone affected by spinal cord injury could experience the freedom and fun of life on the slopes that he enjoyed. 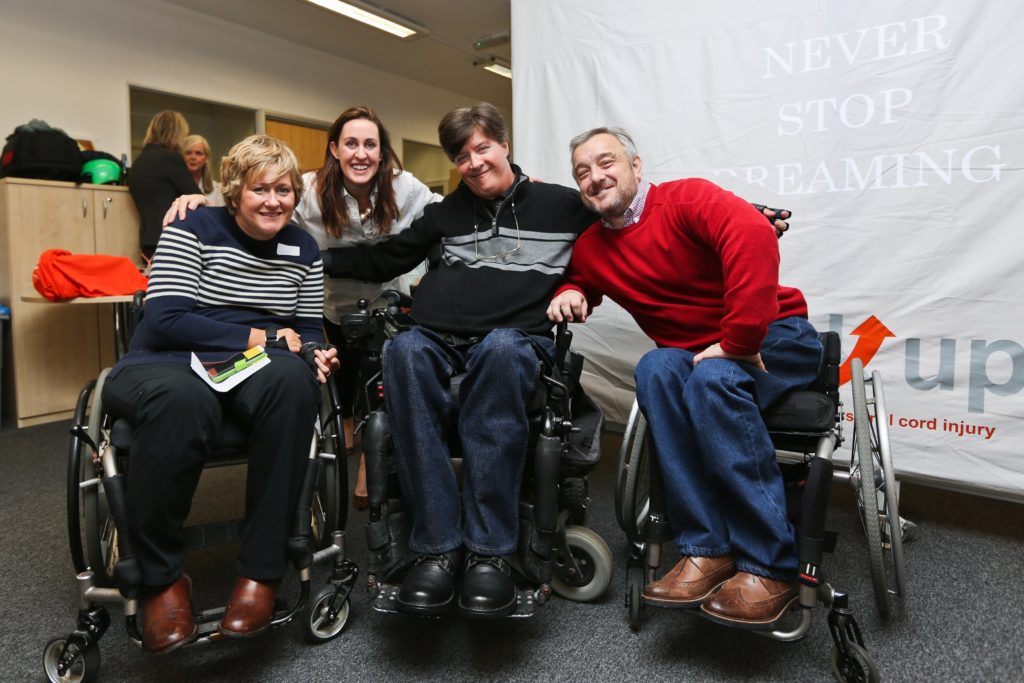 Since the first ski course we organised, Back Up has grown more than Mike, Barbara, Konrad and Jess could have ever dreamed. People with spinal cord injury of all ages including children are now supported with a range of services. We now offer wheelchair skills training, mentoring, and support getting back to school and work and help for families – reaching more than 1,000 people every year.

From help getting back to school or work to getting the most out of your wheelchair, all our services continue to deliver Mike’s vision. A world where everyone with a spinal cord injury can fulfil their potential.

“The commitment of volunteers cannot be stressed enough – from trustees, mentors and school advocates to wheelchair skills trainers and volunteers on courses and our many fundraisers and supporters, Back Up would not be in existence today without the literally thousands of individuals who believed in our mission.”