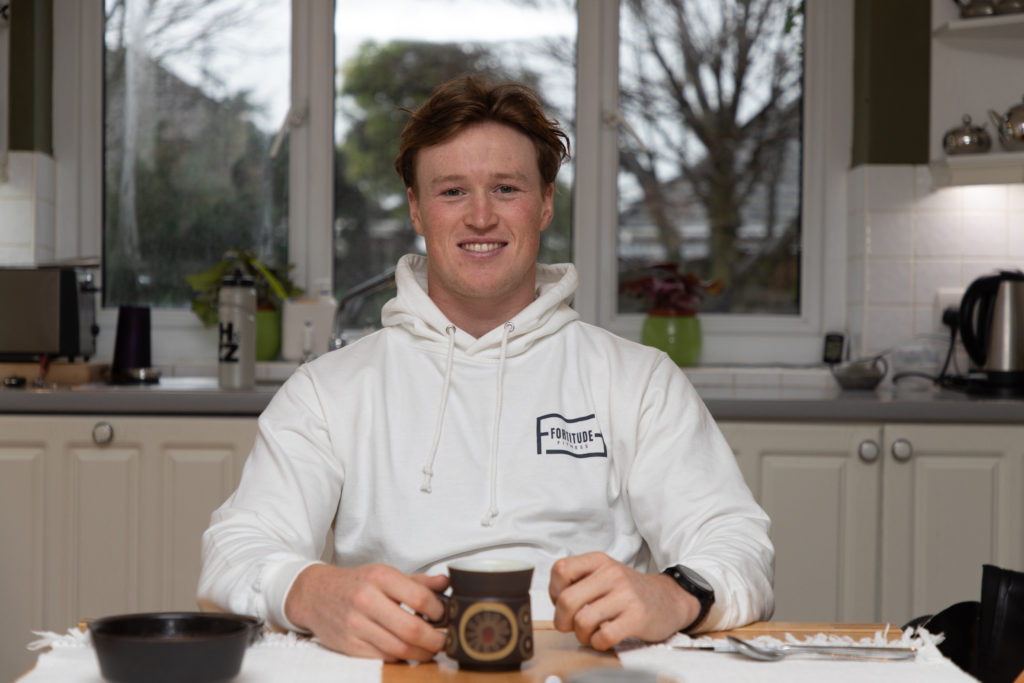 This story was written by our partner charity SIA, in collaboration with us for Spinal Cord Injury Awareness Day 2020. Visit their website to find out what support they can offer you after spinal cord injury

Josh talks about his personal experience of living with paralysis to help others affected by spinal cord injury.

Josh Landmann (26) from Blackpool is using Spinal Cord Injury (SCI) Awareness Day (15 May 2020) to raise awareness of SCI, the services that charities like the Spinal Injuries Association (SIA) provide, and why those services are more important than ever during the coronavirus pandemic.

Six years ago, aged 20, Josh broke his neck on holiday in Ibiza. He’d just finished sixth form and was excited about embarking on the next chapter of his life. He had a place at the University of Coventry to study Automotive and Transportation Design. But just three months before he was due to start – he had the life-changing accident that left him paralysed from the chest down.

“After spending two-and-a-half weeks in intensive care in Mallorca, I was airlifted to the UK and then transferred to the Southport SCI Centre, where my rehabilitation began. Doctors told me there was a chance I may never walk again. But after an intense, two-year recovery programme, I did begin to take a few steps.

“Many of the challenges I faced after my injury related to my mental stability. I had to keep positive because all the things I used to find easy to do suddenly became very hard. I had to learn to adapt and cope with the days when I was feeling down. My family and I also received amazing support from SIA, which helped us to get through a rough patch in our lives. SIA also helped me secure a work placement at Williams.

“Before my accident, I was really active and super sporty. Cricket, hockey, football, rugby, swimming and skiing were just some of the sports I regularly used to take part in. I had also experienced motocross, water polo, tennis, cross-country running, fives, cycling – the list just goes on. So, finding sport and getting that competitive feel back again after my accident was very important for me, especially for my mental health.

“I was fortunate that at the Southport SCI Centre, the healthcare professionals were very keen on everyone doing some form of exercise on a daily basis, so I was introduced to a variety of sports during my rehabilitation. Once I was discharged home, I started to pursue skiing. It was a dream of mine to get back on the slopes – and I did it!”

Josh did it in style – representing Team GB Parasnowsport and going on to win the British Giant Slalom Championships. Alongside seated skiing – which gave him the adrenalin rush he craved as well as the chance to accompany family and friends on skiing holidays again – Josh took up wheelchair racing. Just two years after his injury, he won his first British Championships title on the track. He’s since taken on 10ks, half marathons, full marathons and even Tough Mudders (the video of him attempting the obstacle named ‘Everest’ went viral with around 100 million views!) – raising funds with friends for SIA. Now he has his sights set firmly on Tokyo 2021, hoping to join Team GB as a Para-triathlete.

Josh is a Young Persons Ambassador for SIA, showing other young people who sustain an SCI that a fulfilled life is still possible after injury.