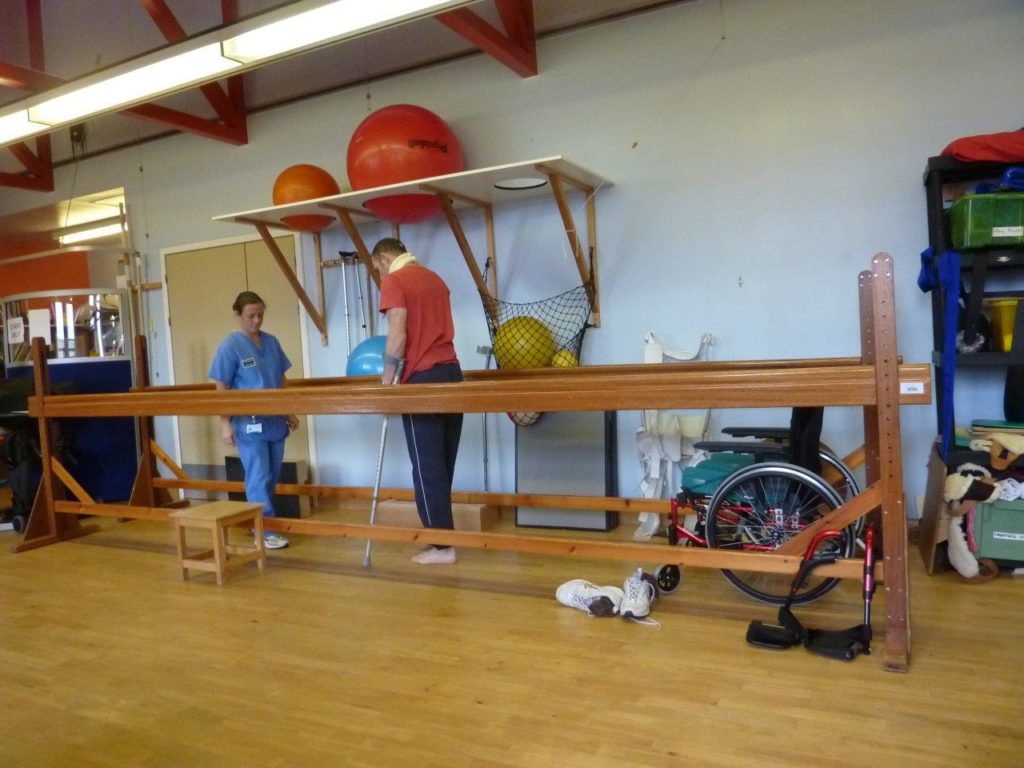 In 2010, Neil, 52, was riding his motorcycle along a rural road when the vehicle hit a deer. When he flew off the bike, he injured his spine at C3/4 level and was rushed to Salisbury Hospital.

In the first few weeks, Neil was overwhelmed as there was so much happening at once. “I wasn’t sure about what I was being told. They didn’t know if I’d be able to walk again. I was also experiencing serious medical problems with autonomic dysreflexia, bowels not working, and my bladder shutting down. It was a scary time.”

Once he was stabilised, Neil was transferred to the spinal centre where he started his rehabilitation. After almost two months, Neil regained a lot of sensation and began to walk again. But he felt deeply guilty about how much mobility he had gained when others hadn’t. 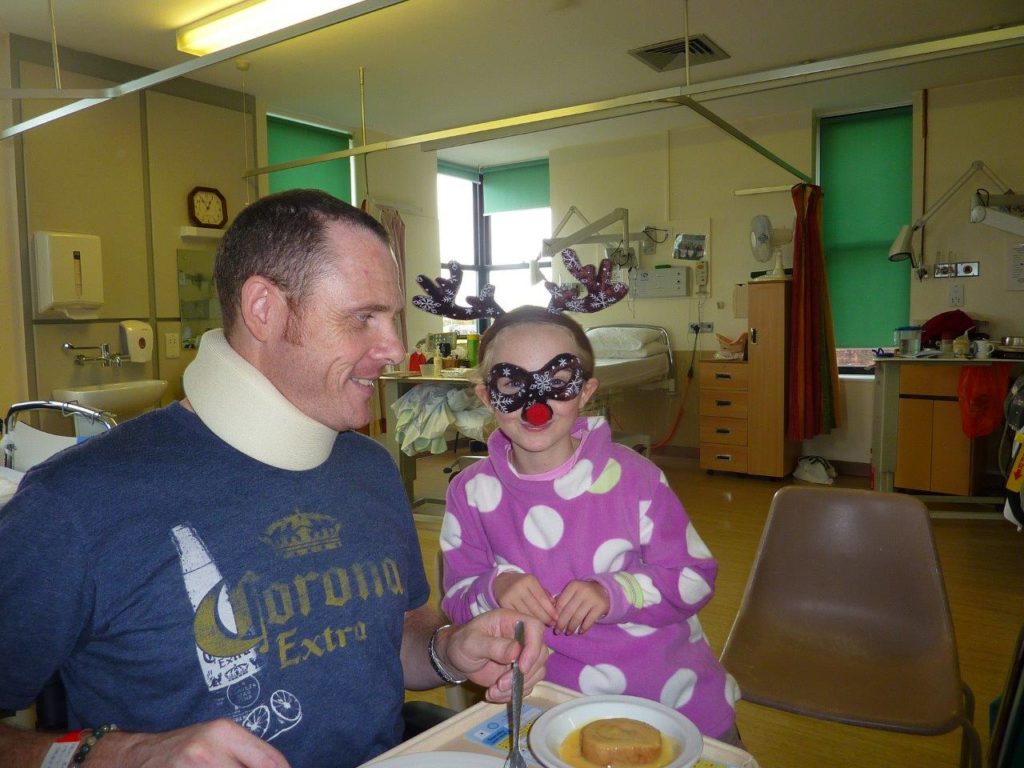 Neil spending time with his daughter during his time at Salisbury

“I was in a room of seven or eight men with broken necks who were unable to walk. I found it really difficult being seen to make such progress in front of them. A lot of my emotional issues stemmed from knowing that I was able to walk when others couldn’t.”

Neil often felt isolated and like he didn’t fit in anywhere. He adds: “When I’m around people who don’t know much about spinal cord injury, they tend to think I can do everything that I could do before. When I’m with other people in the spinal cord injury community, people sometimes think I’m a family member, rather than the person with the injury.”

People’s expectations that, because he could walk, he wasn’t experiencing any other issues took a huge toll on his mental wellbeing, especially when he returned to work.

“I took a year off from my job as a police detective, but when I did get back to work, it was much more difficult than I imagined it would be.

“I don’t look like I have anything wrong with me most of the time. As far as many of my colleagues were aware, I was better. When I went back into the proper detective work, I struggled with managing my pain and fatigue and getting my work done.”

Neil had to work out a routine that allowed him to take care of himself and do his job to the best of his ability: “I used leave tactically to provide me with breaks every few weeks. I also managed my medication appropriately to allow me to manage my pain. I learned that it was about acceptance and taking personal responsibility for my own health and management.”

While browsing social media one day, Neil came across pictures of someone had been in hospital with him doing horse riding and canoeing. “I was amazed that he was able to do things like that after his injury. He told me about Back Up and I knew I had to get involved. I saw that they were looking for more mentors and, as I was a crisis negotiator when I was working as a police officer, I thought I might have skills that could be useful.” 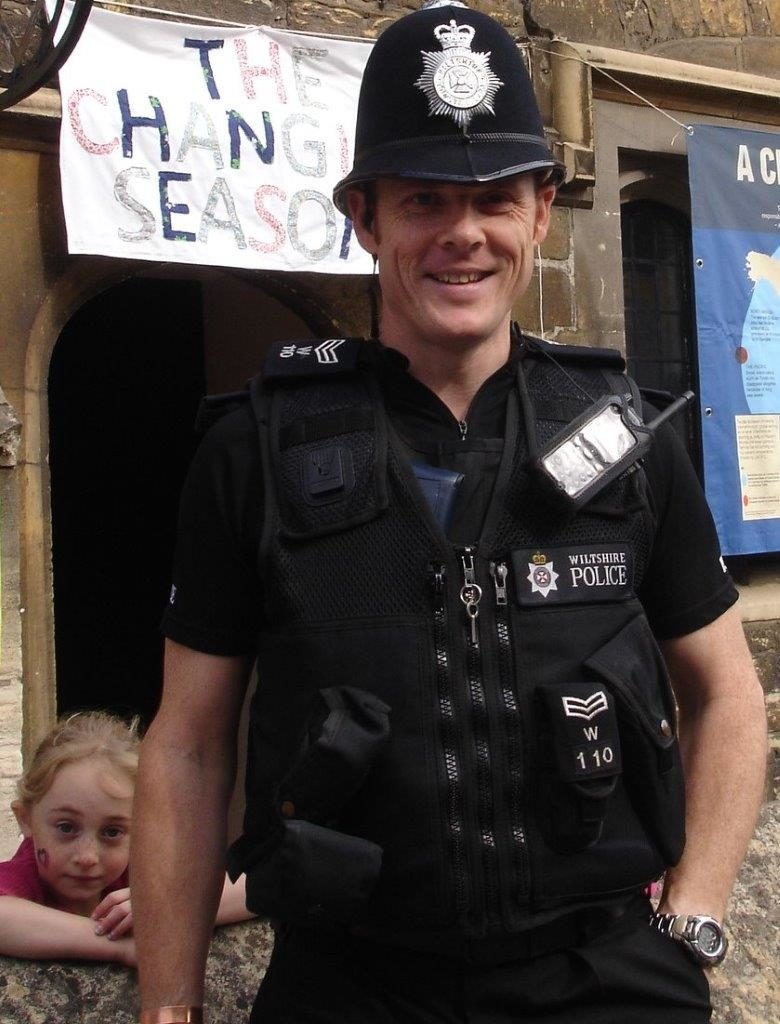 Neil during his time in the police force

Neil is well placed to help people with a spinal cord injury who experience pain, as he experiences it regularly himself and he underwent huge surgery for his compressed spine. Being realistic helps him process these experiences more positively. “I knew that I needed the surgery because if I was to fall, I would’ve been at the risk of paralysis. I didn’t want to take that kind of risk with my health. I recently spoke to a mentee who was about to go through that surgery. I was honest about the pain and emphasised the safety and the consequences of not having it done. We were able to talk through those fears together.”

“Pain and lack of stamina used to get me down because I wasn’t the person that I was because before my injury – that person was fit and active. I learned that it was important to be open about how I felt and let people know when I needed support.”

During his time in the police force, Neil was involved in many emotionally-draining situations. This meant that he needed to have coping strategies in place to deal with the psychological repercussions of his job.

“I dealt with a lot of incidents that deeply affected me, so I was always aware of my mental health. I would know if I needed to remove myself from the situation and offload – that’s an important trait and a strength, not a weakness,” says Neil.

These tactics can be passed onto his mentees to help them take care of their emotional and mental wellbeing. 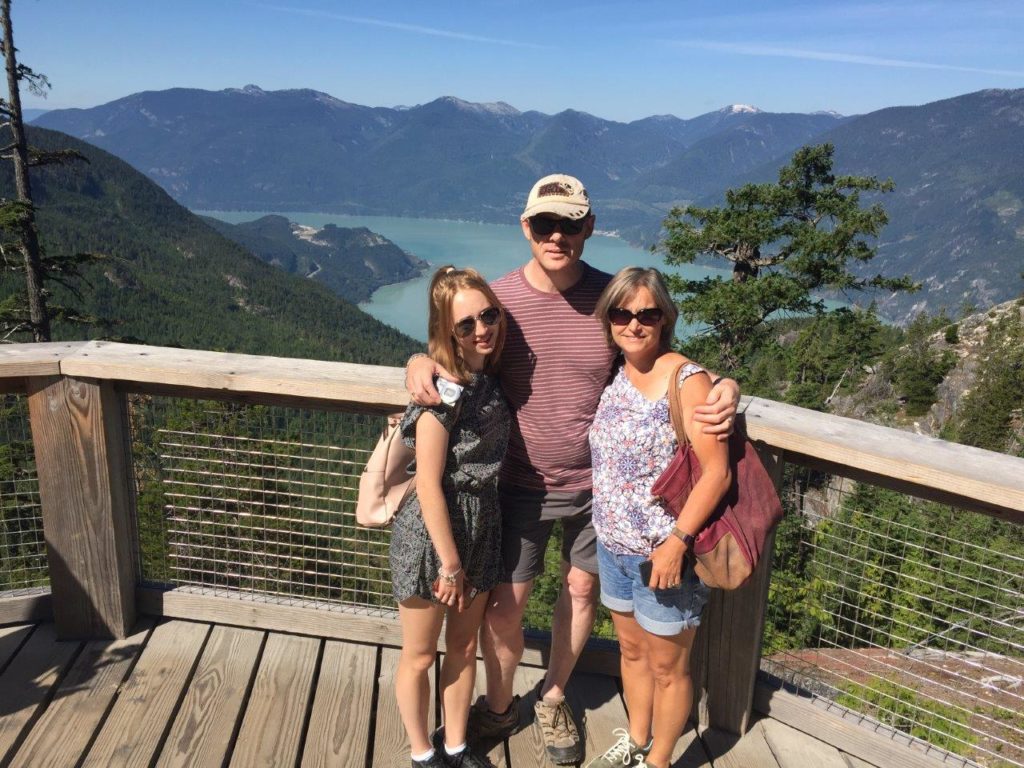 Neil is now retired after reaching his full service of 30 years with the police force. He’s looking forward to travelling to Canada and North America with his family – things that he wasn’t sure he’d be able to do again.

“Whilst I can’t do things to the same level that I used to like playing football and carrying my daughter on my shoulders, I can still do other things. I always remind myself of the positives. I’ve met a lot of wonderful people and have had a lot of support from my wife Ann and my children. My situation has instilled a purpose in me and I help people where I can.”

Do you have any questions about living with an incomplete injury? Please get in touch with our outreach and support team by email or call them on 020 8875 1805.

If you’d like to find out more about our mentoring service or becoming a mentor, please get in touch with our SCI Mentoring Senior Coordinator, Jacques, by email or call him on 020 8875 1805.