London to Paris: The story 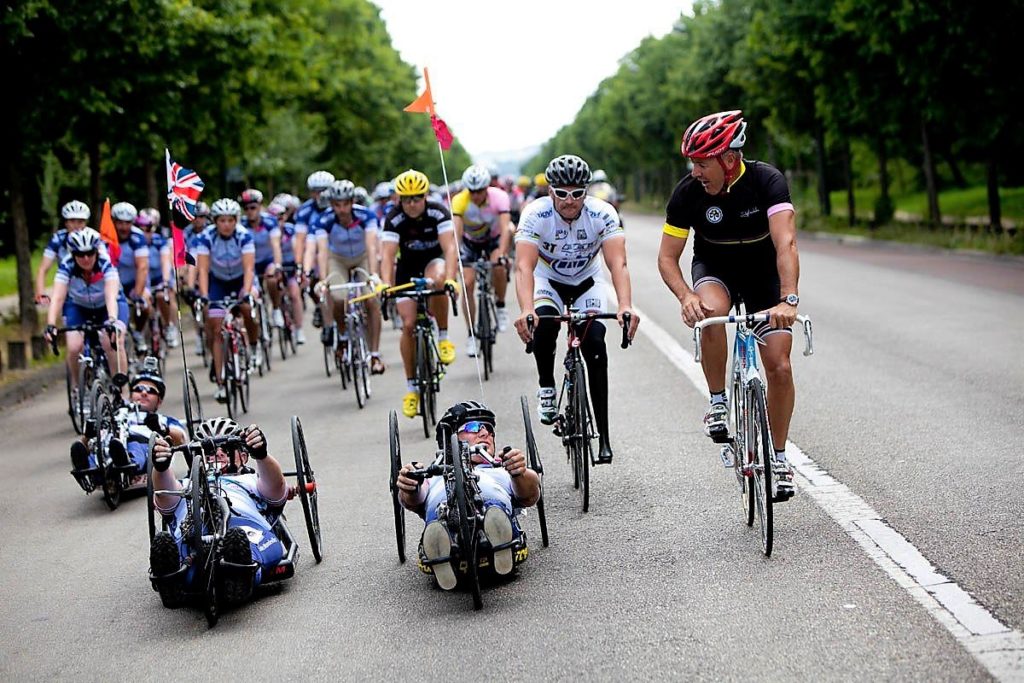 In 2012, our trustee Danny Turnbull decided to take on the HotChillee London to Paris Challenge – riding to the French capital in just three days. The event, aimed at experienced cyclists, was not considered feasible for hand cyclists. Danny thought otherwise.

Alongside a team from Stewarts and Stoke Mandeville, National Spinal Injuries Centre, he began training. The organisers were initially worried about their low average speed and whether they’d be able to ride with the group, but Danny’s team worked hard and got themselves up to a level where they could go the distance.

When the challenge finally came around, every team member found themselves pushed to the limit. They experienced terrible weather, missed their ferry to Calais and had very little sleep. At one point, it looked like they might not make it on time to join the main pack of riders into Paris.

Juliette Clark, Ride Captain for HotChillee, wrote in her blog about the experience: “With difficult decisions to be made, Danny was not prepared for his dreams to be shattered and together with the Ride Captains, a plan was forged out; cut off times were set at regular intervals along the route for the final day, and as long as we were ahead of these we could keep going.

“Most of the upright cyclists had already travelled further into their mental and physical reserves than they had ever expected, yet they knew that what they felt could never compare with what Danny, Alan and Luke were experiencing.”

On the final day, the team gave reached their goal and surpassed all expectations. Danny and his friends, Alan Cook and Luke Delahunty, became the first ever hand cyclists to complete the challenge. They pioneered the event for other hand cyclists taking part in years to come. Danny’s participation had a huge impact on all other riders who took part by proving just what was possible for people with a spinal cord injury. 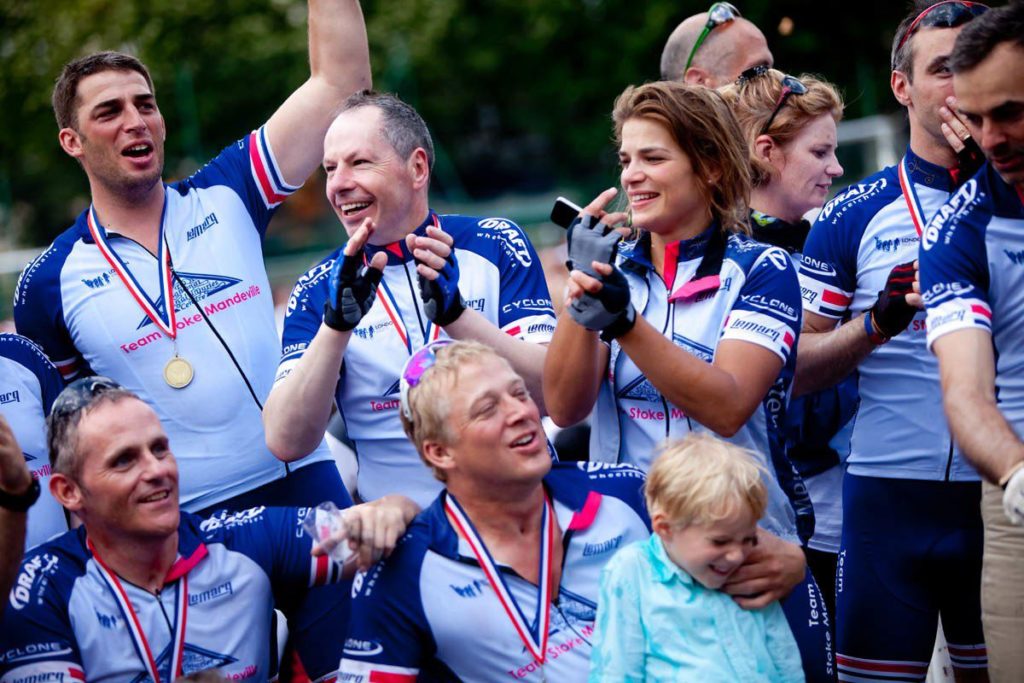 Danny and his team celebrating after completing the challenge

“Anyone involved in London to Paris 2012 cannot fail to have been changed. I was in a uniquely privileged position to witness first-hand the true meaning of mind over matter. Danny exhibited grit, determination, inner-strength, yet I also saw good grace when faced with adversity and he had the skill and intelligence to deftly and rationally discern which options were worth fighting for.

“He knew how to get the best from his mind and his body. Finally, over those three days he never stopped smiling, even when he must have been exhausted, he still smiled, a beautiful smile just full of life,” says Juliette.

Last year, Danny very sadly passed away at the age of 43 after an ongoing battle with cancer. Back Up have partnered with HotChillee, Cancer Research UK and Stewarts for this year’s event as a way of remembering Danny and commemorating his legacy. Between Back Up and Stewarts, we’re looking for 40-50 riders to take on the challenge and aim to raise £100,000 which will make a huge difference to the many people supported by Back Up and the services Danny was so passionate about as a trustee.

We ran a similar challenge in 2016 which Mike Wigney took part in and he says:

“It was a fantastic event that had the right level of challenge with an excellent group of people. Everyone had a really close connection to spinal cord injury. I was also surprised at how well everyone got along for such a large group. I’ve never experienced anything like it! If the next cycle challenge is anything like London to Paris, it will be fantastic.”

Kat also took on London to Paris and says: “Taking part in London to Paris 2016 was an amazing experience and one that I was lucky enough to do with a great group at Back Up. I’m so excited that we’re going to be bringing it back this year and will be doing it with HotChillee in Danny’s memory. I’m sure it will be another emotional and unforgettable challenge.”

If you’d like to register your interest for this year’s event taking place from Thursday 26 July – Sunday 29 July, please contact Alex at alexandra@backuptrust.org.uk  or on 020 8875 1805.