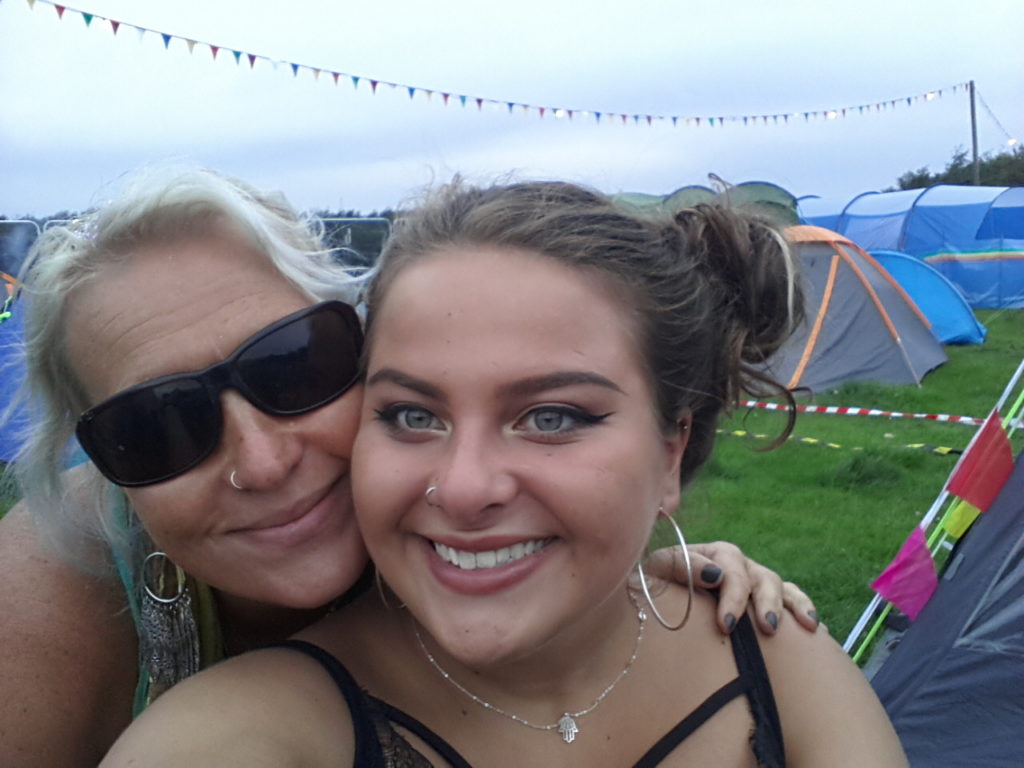 In 2015, Maisie was sitting in a school assembly when she felt a sudden pain across her shoulders. She went to the nurse, sat down and didn’t stand up again. Maisie was immediately taken to Sheffield’s Children’s Hospital where she stayed for eight months for her rehabilitation.

Michelle, Maisie’s mother, says: “It was initially very worrying because we didn’t know what was happening. Through a process of elimination, doctors worked out that it was transverse myelitis, an auto-immune disease, that had severed her spinal cord at T4 level.”

“Maisie dealt with it really well. She had a good relationship with the staff there, which helped. However, things didn’t really hit her until she was discharged and came home. The hospital was really accessible and easy to get around, but that wasn’t the case at home,” explains Michelle.

“Obviously because you’re in hospital, it doesn’t feel real. Going home was a big thing for me because I’d been relying on nurses for so long. Being home meant that I now had to do things for myself which was a bit scary.”

Michelle worried about Maisie having a good life, being able to enjoy the things she did before her injury, and how her school friends would react.

“When she went back to school, I was worried that they might treat her differently. As her injury level is so high, I was also concerned about her getting Autonomic Dysreflexia which can be a life-threatening complication,” says Michelle. “If she was bumped or fell out of her chair, I was on call to come in and administer the spray to stop it.”

“Returning to school was difficult,” Maisie admits. “I didn’t go back full-time at first. I’d just go in for an hour, then a few days a week and slowly built it up. Obviously, there were people who didn’t treat me nicely.”

Michelle adds: “Maisie had a few comments from people when she came back to school, but she could rise above it. She’s got a wonderful group of friends and that really helped.” 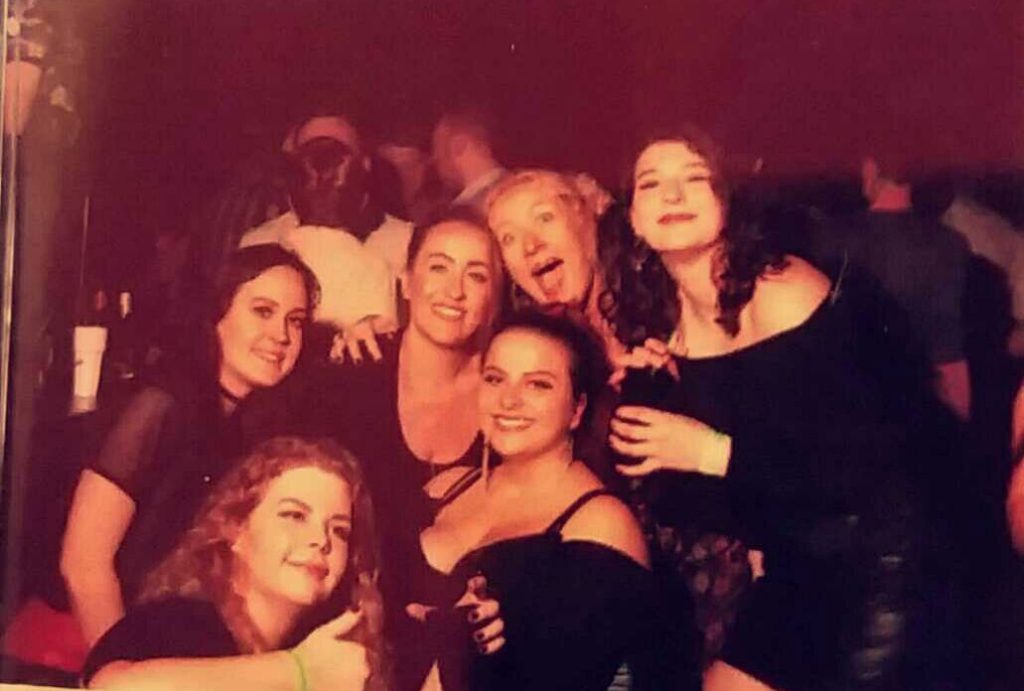 Maisie smiling with some of her friends

To help settle back into school, Michelle and Maisie used our education inclusion service.

“One of Back Up’s education advocates did a presentation at Maisie’s school about spinal cord injury. Initially, she didn’t want a lot of attention because she was the only one who used a wheelchair in her school. However, there were some rumours going around that her injury was contagious. The presentation helped to dispel those ideas and gave her classmates a better understanding of her situation.”

After the visit, teachers started to be led by Maisie, rather than telling her what she could and couldn’t do. However, despite this breakthrough, Maisie still struggled to engage with others who had a spinal cord injury.

“At first, I didn’t really want to be associated with anyone who used a wheelchair. It’s not so much that I felt embarrassed but I felt that just because we were both wheelchair users didn’t mean we had to be friends.”

However, after some persuasion from her family, Maisie went along on one of our youth advisory group (YAG) weekends. It had a huge impact on her.

“It’s really good to speak to people who you can relate to so much more than anyone else. I made friends on that first weekend and I’m still friends with them now,” Maisie notes.

Going away on the YAG weekend eventually encouraged Maisie to become a youth advisor and one of our group leaders. It was also Maisie’s first trip away from her mother. This made her feel a lot more confident about doing things on her own.

“I can do some things without having to worry about other people. I can drive now, which means I don’t have to worry about relying on my mum to get around.” 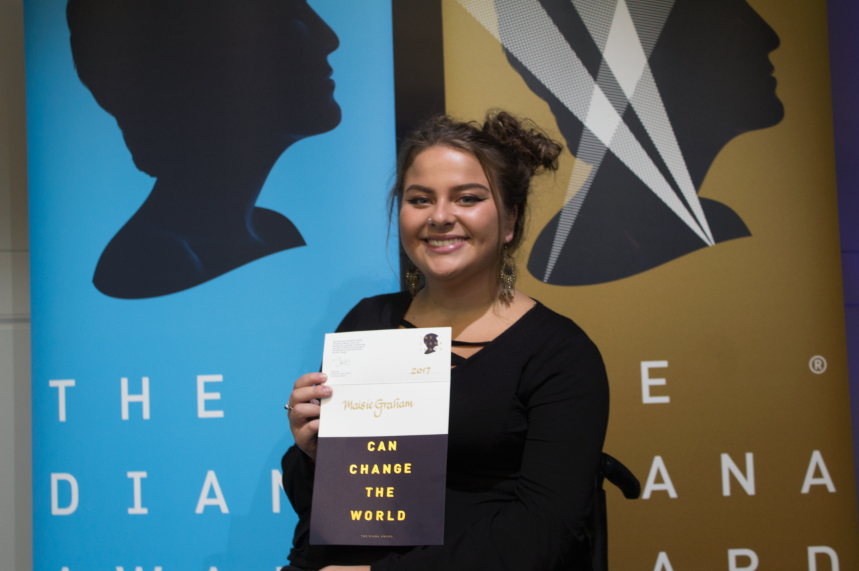 Maisie was a recent recipient of the Diana Award

Michelle believes that, as a parent, it’s important to stay back and encourage Maisie to attempt things on her own: “I don’t do a great deal for her. I’m there for her when she needs me, or if she’s had a bad day. But she’s becoming more and more independent all the time. She’s flown abroad, gone to festivals, and goes to nightclubs.”

Maisie adds: “I go out with my friends a lot. I enjoy rock-climbing, camping, swimming, and kayaking. I also like music and go to a lot of concerts. I was a bit nervous ahead of my first concert. I didn’t know where I’d sit and if I’d end up in the mosh-pit and get crushed. Turns out there was nothing to worry about and I got a free carer ticket!”

Maisie’s excited for the future, though she’s not yet sure what it holds for her.

“I don’t know what I want to do career-wise but I really want to go travelling and I’m doing a foundation art course next year. I’m looking forward to going to university and living by myself.”

For Michelle, the most important thing to her is encouraging her daughter to achieve anything she wants.

“I’ve never put barriers in front of her. She wanted to go kayaking and abseiling, so we found a way to do it. We’ve always found ways to make it work. I’ve never wanted to handle her with kid gloves. We want her to lead a full and rich life. In the beginning, I couldn’t see the possibilities, but everything is possible. Nothing stops her.”