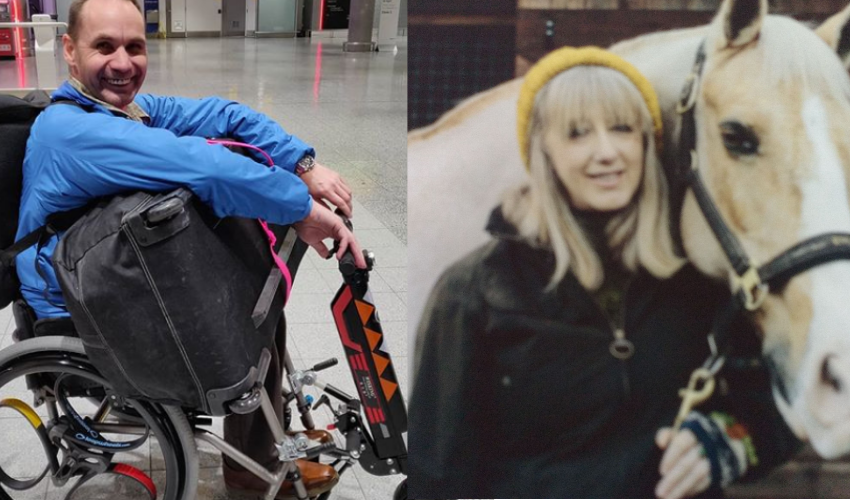 We spoke to two people who have lived with an incomplete spinal cord injury for a while, to find out about their experiences. Learn about how Jacques uses a wheelchair full time to avoid pain and fatigue, and how Jill dealt with “walker’s guilt” following her injury.

Jacques’ experiences: Living as a full-time wheelchair user with an incomplete injury 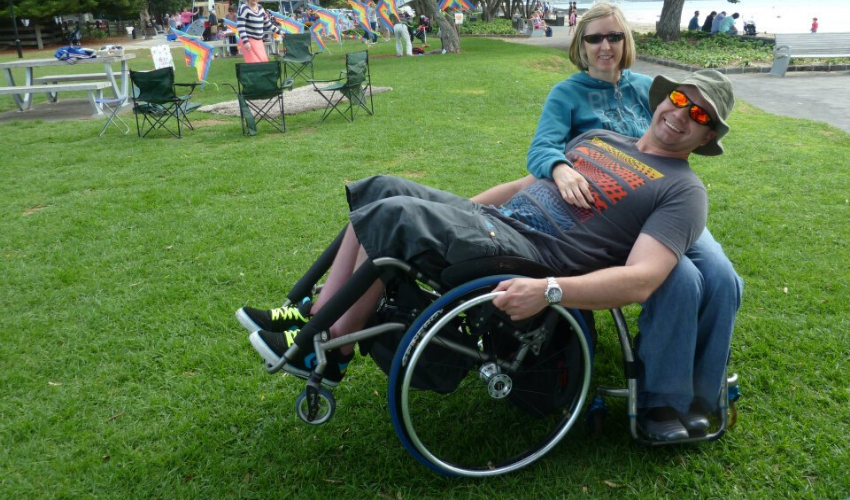 I was in a car accident while serving in the South African Army at 19 years old, nearly 27 years ago. I have an L1 compression fracture, otherwise known as a burst fracture. This is when the vertebrae compressed, and as a result a fragment of bone broke off and stuck into my spinal cord.

I live with pain on a daily basis in my back, knees and feet, but it is mostly manageable in the sense that I don’t take any regular medication at all. I have bladder and bowel incontinence which I can now manage with very little impact on my day to day life.

To a certain degree I am able to stand and walk using crutches. I don’t have any balance without holding on to something, and walking takes a lot of effort from my core and upper body. Walking and standing for any length of time also increases the pain in my back and knees. I feel more disabled when I walk compared to using a wheelchair. Practically it makes more sense for me to use a wheelchair so I can carry things and avoid pain.

One of the other factors that makes walking somewhat impractical is that my bum is very bony due to muscle atrophy. I need to be very careful where I sit. I cannot sit on unpadded seats as it would be put me at risk of pressure sores. I have a wheelchair cushion which was specially mapped for me to ensure that the risks of any pressure points are mitigated. If I do walk, it means I need to be extra cautious about where I sit.

In the early stages of my injury I struggled a lot more with the mental aspects of being able to walk. I felt under pressure to justify what I was doing continuously which was exhausting both physically and mentally. I felt like I was being judged by other people who did not fully understand what I was dealing with. It made me often second guess what I was doing. I was angry and unhappy a lot of the time too, but didn’t always show it or tell anyone about it.

I got some great advice from another wheelchair user who came into the hospital I was undergoing rehab at. He had his injury for a few years and his advice was “Be kind to yourself. You don’t have to prove yourself to others.” I did not heed his advice at the time, I was stubborn and I thought I knew better. Many years later the penny finally dropped and I no longer care what other people think nearly as much as when I was 19.

Now I realise that my wheelchair gives me the freedom to live my life in the way I want to. I don’t have to plan things to the same extent I would have to if I was walking. It gives me a level of independence that I would not have if I walked full time.

My best advice for someone in a similar situation to me is to spend less time trying to please others. Think about your needs and do what you need to do to live independently – and remember to be kind to yourself. 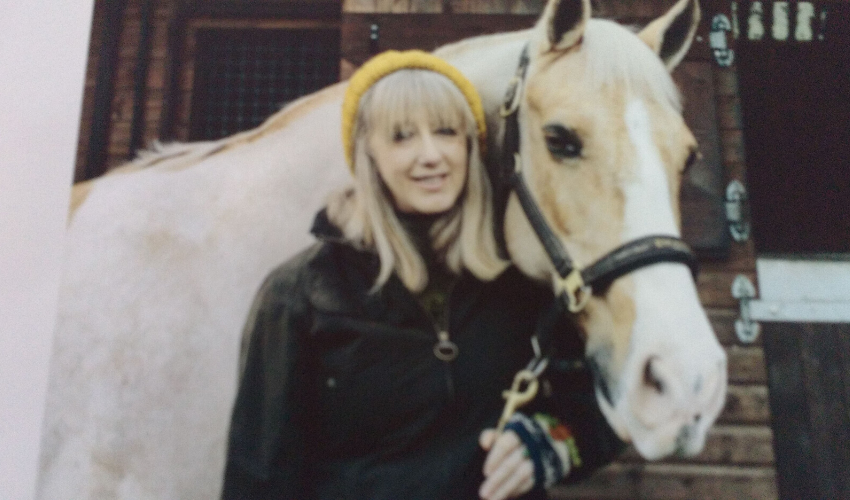 I was chased by a pack of large Alaskan Malamute racing dogs while out riding. I hit a tree at a fast pace when my horse bolted through a wood. I was unconscious for over an hour before I was found. I sustained a double break to T12 to L2 and a stable fracture of the neck at C5-7, plus broken ribs and a concussion.

My injury was a while ago, so my day to day life has undergone subtle changes since then. At first, I experienced no pain and was rather astonished at this. As I started to regain feeling in my limbs, my pain increased substantially. I eventually recovered control of my bladder and bowels during my rehab. I suffered greatly from fatigue in the early days but this has decreased over the years. I have never lost the pain – it is mostly nerve related – but have learned to live with it and manage it effectively. My brain mostly switches off from it, although it is always there.

My injury differs from someone with a complete spinal cord injury as I have general weakness in my legs and arms, but I can stand and walk. I have feeling in my feet, which enables me to get around. I started to be able to walk when I was in the spinal unit. I initially used a walking frame, then walking sticks and hiking poles, then finally no aids at all. At this point, I became aware that I was now “different” to most of the others in rehab who used wheelchairs full time.

I felt that a gulf had opened between us because of this. I had become “different” when I had my injury and had felt accepted and supported. Now I was becoming “different” again, so would this acceptance and support ebb away? I felt I was being propelled back into the world of “normal” mobility but of course I did not appear at all normal in the eyes of able bodied people! Where would I now fit in? I walked out of rehab more fearful than when I was stretchered into it.

Looking back, a lot of the “walker’s guilt” I experienced was all in my head. Everyone else was completely focused on their own rehab progression and was not continually looking at me. Despite this, feelings of guilt pervaded along with the realisation that others I had started my journey with did not seem to have the prospect of my level of mobility – and I so much wanted us all to be in the same boat.

However, organisations such as Back Up, counsellors and nursing staff were fantastic in providing non-judgemental support and encouragement. Knowing that these networks were in place I became more comfortable and accepting that, as every person is an individual, every injury is different. My fragile ego was eventually nursed back to health alongside my broken spine. Many years later I have also become a mentor for Back Up, primarily for people with incomplete spinal cord injuries – mainly horse riders!

Do you have any questions about life with an incomplete injury? Get in touch with our mentoring team.