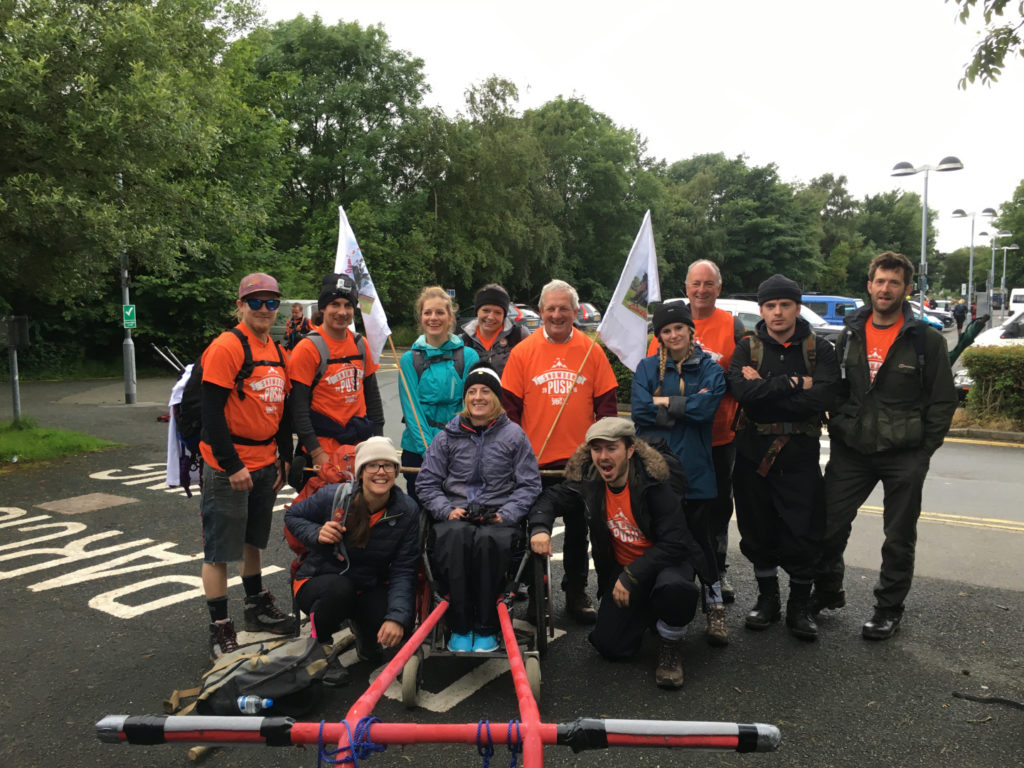 I have always been a very active, outdoorsy girl. I love going out with friends, being sociable and spending as much time as possible with horses! I started riding at the age of two and, before the accident, I had my dream job working for a top event rider. As her Head Girl, I would look after all the horses and ponies and help train them for competition. I was very happy, working every day in a job that I loved and I had a great bunch of friends around me.

In May 2015, I was on my way out for a night of laughs and smiles with my mates. Never did we realise that five minutes down the road a life changing event was waiting for all of us. A van travelling in the opposite direction made the decision to overtake on a bend, hitting us head on, leaving me paralysed and, the worst part, taking my friend’s life.

The first few weeks after the accident are a complete blur. I can’t imagine how my parents and brothers must have felt seeing me in a coma and being told that I only had a 5% chance of survival. I was brought out of the coma four days after the accident and following two life-saving operations. My first memory was asking where my friend was. It was down to my father to tell me the news. I didn’t understand what he had told me and just felt very numb. I felt a lot of guilt that I had survived and my friend hadn’t so I struggled to start my rehabilitation as I didn’t think it was fair that I was still here. All my friends and family would tell me that she would want me to get better so I thought all I could do was fight.

I had many severe injuries as well as a complete spinal cord injury which left me paralysed from the waist down. After nearly a week I was transferred from Dorchester hospital to Salisbury spinal unit. They stabilised my spine and once that was done I started the long, gruelling process of rehabilitation.

What had happened to me never really hit home until about the third time I was hoisted into the wheelchair. My legs were just dangling there and I had no control over anything I was doing. I couldn’t believe this was now my life. I had gone from living on my own, riding horses everyday to being hoisted into a chair and having to push myself around to get anywhere. I felt like I had lost everything.

It took a lot of courage to finally accept this was going to be my life from now on, but with the help of other patients and talking to them about their experiences, I finally felt like I was ready to start adjusting to my new situation.

When I started basic wheelchair skills and physiotherapy, I remember feeling weaker than I had ever felt. But the more I did, the more I started to feel more capable. Even just carrying a glass was hard at first, but they showed us how to make it possible. It was all about finding ways that suit you and working around the problems.  But being in a hospital is different to the world outside. Everything is easier there. The floors are smooth, doors open easily and everything is accessible to wheelchair users. I started to feel like I was in a protective bubble so I knew leaving that safe space was going to be a huge challenge.

The hospital staff told us about a charity called Back Up. They said if you ever get a chance to go on one of their courses, you have to go as you will learn so much. The Multi Activity course in Exmoor offered wheelchair skills training and activities such as cycling, canoeing and abseiling – things that I never thought I would be able to do after my injury. I was so nervous to go on the course as it was the first time away from my family since the accident and I really didn’t feel comfortable in my wheelchair yet.  But it was one of the best decisions I ever made. I came away from that week with so many new skills for using my wheelchair and felt much more confident.

Jemima (second from left) on the Multi Activity course in Exmoor

The Snowdon Push was mentioned when I was on the course but it was only a month away at the time. It sounded like an incredible challenge, working with a team of people to reach the summit of Mount Snowdon in my wheelchair. I spoke to my friends and family and managed to get a team together, start fundraising and find a chair – in just one month! The team at Back Up were so encouraging and helped find a chair for me to use. At the time I remember saying to myself ‘are we really doing this?’ I think I was most nervous about actually having to camp. I was never a big fan of camping before but now I had a lot more worries: how am I going to get into a tent? what will I sleep on? where are the toilets? But despite my fears, it was so much fun (and I’ve never been so comfortable in a tent!)

The last thing I wanted to feel was that I was just sitting there whilst my friends and family were pulling and pushing me so I made sure that I was always vocally encouraging and supporting the team.

I helped them by looking for the easiest route we could take up the mountain, and I made sure that everyone on the team was happy and motivated. I really felt like I was fully in control, through helping and inspiring everyone to reach the top.

It was such an amazing achievement that I never thought would happen. It just shows that a spinal cord injury doesn’t stop you living your life, you just have to be a bit more creative and adapt to new challenges. The highlight of the experience was when we crossed the finish line as a team all smiling and cheering. All the teams did an incredible job and everyone there supported each other and had a fantastic time. 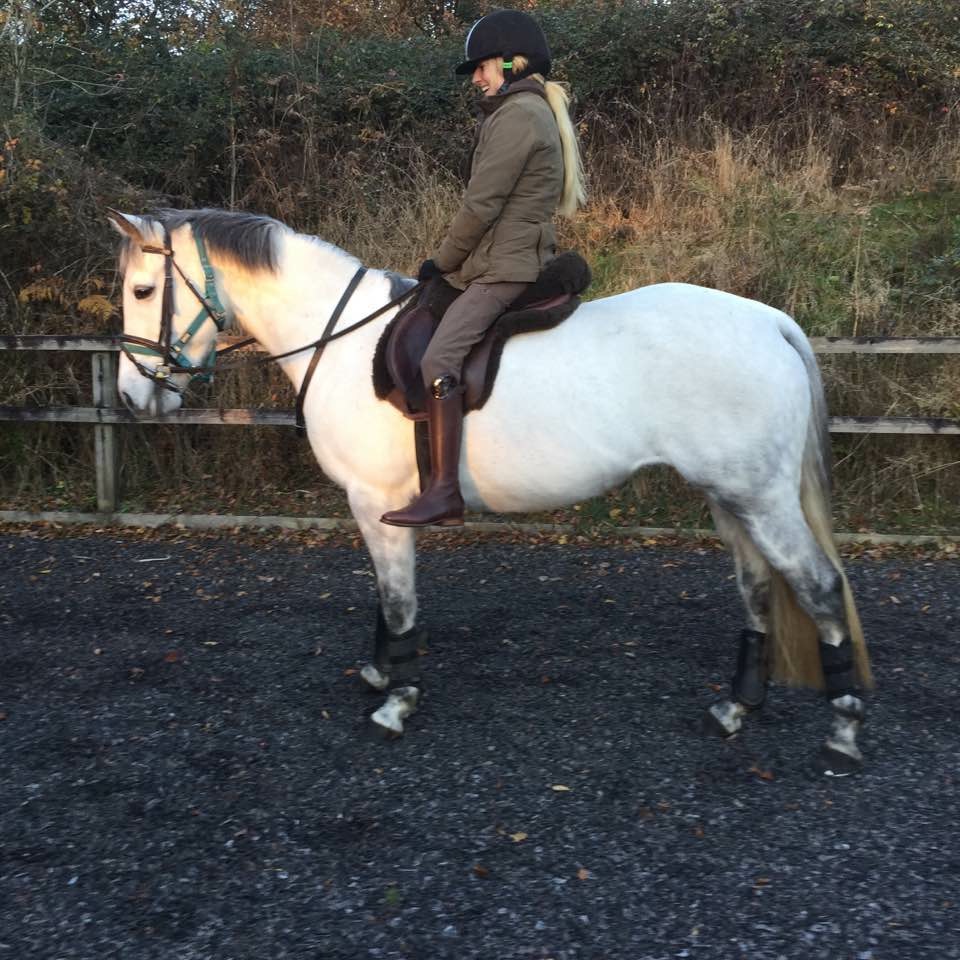 Doing the Snowdon Push made me realise how much was still possible for me. Since being back home, I have moved into a property by myself as I feel so much more capable doing things on my own. I am riding twice a week on a new pony that I bought and I’m working towards my first official para dressage competition. My main goal after the crash was to still be as active as I could be and Back Up have helped make that possible by introducing me to different activities and new people. Getting back to riding competitively will be a huge challenge for me, but with all the help and support that is around, I know I can do it.

If you would like to take part in this year’s Snowdon Push 30 June-2 July 2017, please contact Kat (Katherine@backuptrust.org.uk) to apply or request more information.