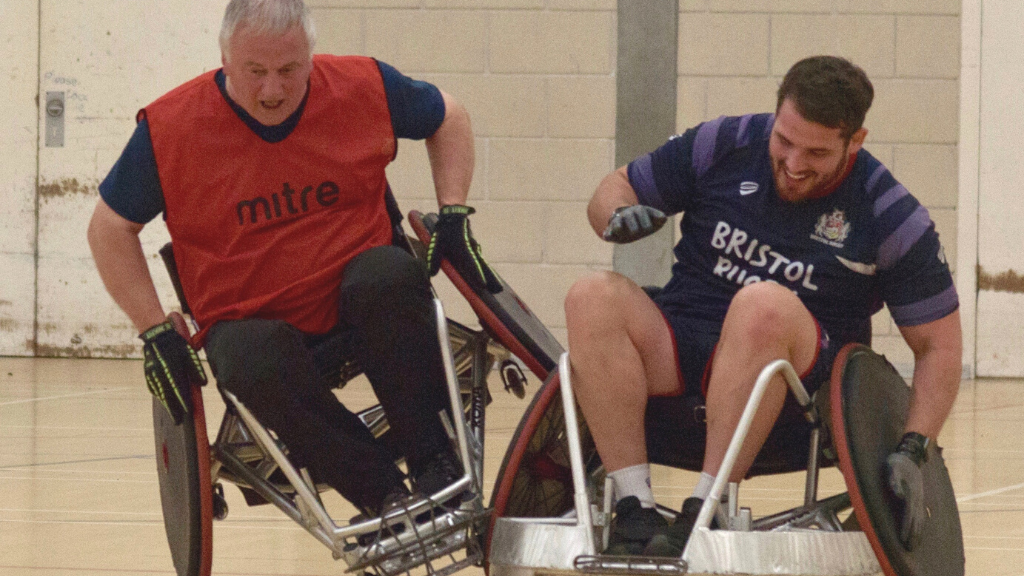 Read on for a blog from Steve, who told us about his experiences ageing with a spinal cord injury.

After being accepted to train as a pilot for British Airways aged 18, Steve sustained a T12/L1 complete spinal cord injury on a school cadet force detachment in Germany.

“It massively changed my life. It just happened, it was pretty devastating at the time, but memory has a way of blocking these things out.”

Steve had been accepted to train as a commercial pilot, so he harnessed his interest in aviation to study Aeronautical Engineering at university, where he developed a hand control system for an aircraft.

Steve says that back in the 70’s the world wasn’t as accessible as it is today.

“There were very few dropped kerbs around. To be as independent as possible, I had to perfect getting up and down kerbs. Whenever I had the chance I would practice back wheel balances. I had the inevitable tumble, but it was all part of the learning process”

Steve has carried that same spirit, and continued to embrace challenge, throughout the years.

“If you need to do something, you can often work out a logical way of doing it. For example, I used to be able to transfer onto the floor and straight into my wheelchair but that has become more difficult over the years. Now, I use a small caravan step beside me to do a staged transfer. It’s a different way of doing things, but it keeps me independent.”

“I always used a wheelchair indoors, but outside I’ve tried to use callipers and crutches. Yet over the years, walking has had an impact on my shoulders. Looking back, I didn’t have the right balance but I couldn’t have achieved some of the things I thoroughly enjoyed if I hadn’t been so single-minded.

“As I started using my wheelchair more, a lot of things became easier, and I’ve now fully embraced it. I’ve been playing wheelchair rugby for five years now. I thoroughly enjoy the sport – it’s great to be part of a team!”

While Back Up didn’t exist when Steve was injured, that hasn’t stopped him from getting involved after his retirement. He’s pleased to have mentored two people with a spinal cord injury, encouraging them to get the most out of life.

“When I left work, I really wanted to help out. Through mentoring I’ve seen how much people appreciate speaking to those in similar situations.

“I really do hope that I’ve done a bit of good!”

Jacques, Back Up’s mentoring coordinator, has seen the positive impact Steve has had on the people he mentors, and on the mentoring service as a whole.

“Steve has been a very dependable mentor. He goes above and beyond for the people he supports, helping them carve a positive future for themselves. His attendance at several drop-in sessions has been invaluable in shaping our services – offering feedback and support to ensure our services continue to go from strength to strength.”

If you’d like to know more about our mentoring service and how they can support you with issues surrounding ageing with a spinal cord injury, get all the information here.