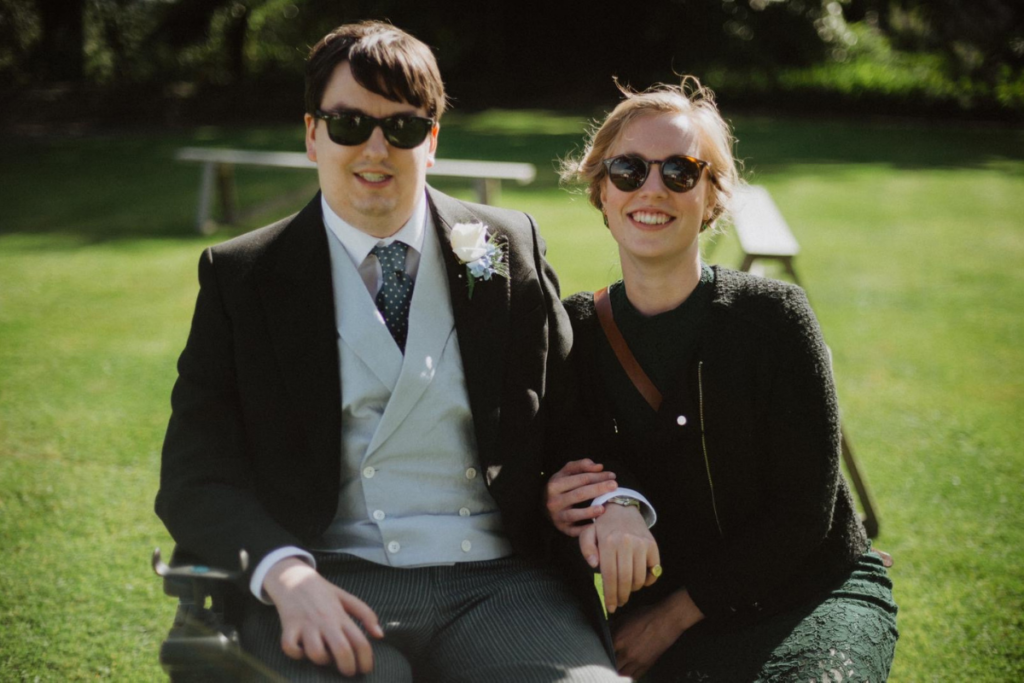 Annelore’s partner, Ed, has a high level spinal cord injury. He sustained it in a sports accident, after hitting his head against a wall while playing football. The impact damaged his spinal cord at the C5/C7 level, resulting in a complete injury. He uses a power chair to get around, as he does not have movement or sensation below the level of his injury. Annelore first met Ed after he sustained his injury, and they started their relationship when he left hospital. Together they share a love of cycling, they both took on our No Limits cycling challenge to raise funds for our life-changing services – with Ed using a tabletop hand cycle to reach his distance goal in a socially distanced manner!

Although Annelore met Ed after his accident, she also felt some impact from his spinal cord injury. Ed has support from personal assistants (PAs) to help him live independently. When Ed and Annelore first moved in together, she found it hard to adapt to having PAs in the house.

“I was struggling with having someone else in the house at all times. I felt guilty because I was struggling to adapt to this new routine. I felt bad because I initially couldn’t accept having the PAs around, even though they help Ed live his life.

“This guilt was the hardest part.”

During this difficult time, Annelore realised she needed support. She reached out to Back Up and spoke to Charlie, our Family & Mentoring Manager. Back Up paired her up with one of our volunteer family mentors, who had been in a similar situation to Annelore. Her mentor shared practical tips for adapting to living with PAs.

“My mentor was amazing. She let me rant about the stuff I was frustrated with, and she reassured me and Ed that what we were feeling was normal.”

“She suggested that we make a list of everything that’s important to us and talk it through with the PA team. This helped us set boundaries about things like meal times, helping us be assertive and have control of our lives.”

Annelore’s mentor also helped her deal with the guilt she was experiencing. Her mentor showed her how to write down all the things she and Ed could do together – things like travel and exercise.

“This showed me that I add value to Ed’s life.” 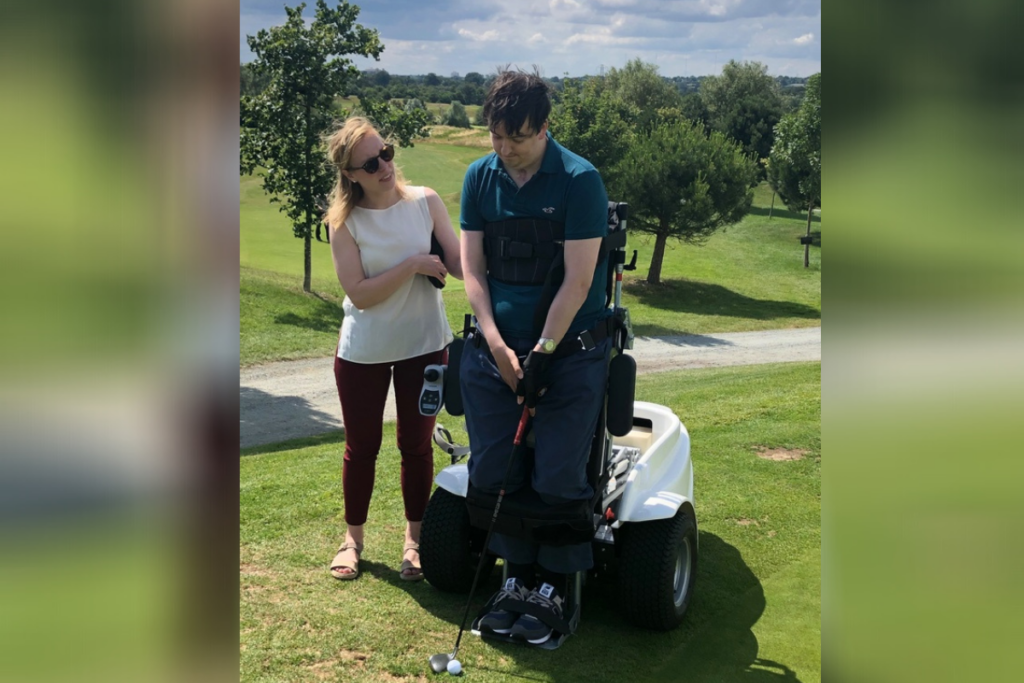 Annelore and Ed enjoying a round of golf

Back Up hasn’t just helped Annelore with mentoring, we also showed her that there is a community of people just like her. Annelore is now a regular attendee of our Back Up Lounge, an online space for everyone affected by spinal cord injury. Every fortnight she joins our family lounge to chat with and learn from other loved ones of people with a spinal cord injury. “Chatting with people who understand really helps. At the Back Up Lounge you can talk to family members in a similar situation about anything, no one will judge you.

“There are five or six of us who come religiously every time – we even set up a WhatsApp group so we can keep in touch, share stories, and give advice. It’s a really lovely support network.”

We asked Annelore what advice she would give to someone in a similar situation. She told us that, although it can be tricky at first, talking to someone who understands can help.

“It was daunting for me to pick up the phone and ask for help, but I’m really grateful that I reached out to Back Up. I would have done it much sooner if I could.

“I’ve signed up to train as a Back Up family mentor myself. I want to be able to give something back. I benefitted so much from mentoring myself, and if I can help just one other person in a similar situation I would be happy.”