Back Up Champion – Alice Worsley 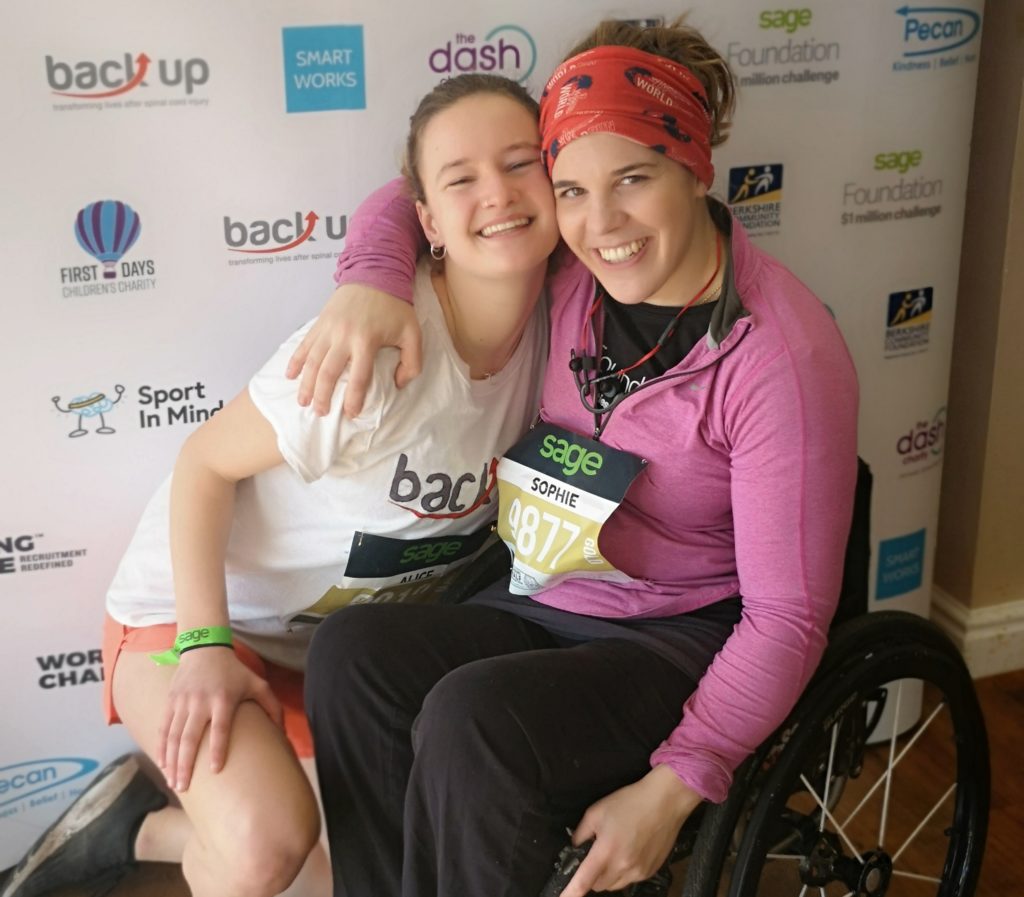 Our newest Back Up champion is Alice Worsley. Alice took part in the Reading half marathon with her cousin Sophie – Our very own spinal cord injury mentoring coordinator – and raised a whopping £1,455.

Born 10 years apart to the day, Alice was quite young when Sophie sustained her spinal cord injury. She first encountered Back Up when she heard about Sophie attending our Colorado ski course.

“I remember seeing how excited, full of life and back to her normal self she was when she came back!”

Alice had originally planned to help Sophie out with her training for the London marathon by running a 10km race with her. However, being a busy university student, Alice could only commit to races that were outside of term time. All the races they found were during term time so, slightly inadvertently, she agreed to run the Reading half. This was a big step for Alice. The only other half marathon she’d run previously had ended with her swearing she’d never do another one.

The training for the marathon took a lot of effort. Having to train in the winter, it was miserable, cold and rainy. Alice also had to fit the training around her work at university, which included two essays a week.

All the hard work Alice put in was rewarded when it came to race day. The weather was perfect, the route lined with people cheering and she was running alongside her “twinny” Sophie. The course itself is not flat the whole way and Alice was able to see first hand the extra effort Sophie had to put in on the inclines. But with both of them completing the race, the hard work put in was worth it.

“I really couldn’t think of a more worthwhile cause to push myself through all that again for.”

After smashing the Reading half, Sophie has gone on to complete the London marathon. To find out more, check out her fundraising page.

If you’d like to take on a challenge for Back Up then see our fundraising pages to get some ideas. To discuss taking on a challenge or holding an event to support Back Up, email Reece or call him on 020 8875 1805.