My son was born in 2010. His name is Ismaeel but we call him Miley. Miley and his brother Ibrahim have a year between them. They fight like cats and dogs but they’re really close. They did everything together. They were both very active and we were a very healthy happy family.

One day, Miley had a backache. We were told that he’d probably pulled a muscle but the next day he couldn’t feel his right leg.

We were repeatedly told there was nothing to worry about and to give him a hot water bottle. When I called an ambulance, they tried to help him stand unaided, but he fell over. Eventually, when we reached hospital, they did an MRI scan and that’s when we were told he had transverse myelitis and he was paralysed for life.

He was eight years old. It was like a bombshell. Our lives were turned completely upside down.

Initially, Miley was still happy within himself – he wasn’t emotional, he wasn’t broken by the news. But then he had tantrums – he was starting to understand that he couldn’t do certain things and was getting frustrated.

It was also very hard for his brother. Ibrahim stopped riding his bike and he asked to get rid of the trampoline because he thought it was unfair that Miley couldn’t go on it. He was angry on Miley’s behalf.

I had lost my trust in people because of the delay in his diagnosis. Nobody seemed to see what we were going through and I didn’t think anyone would help us. Then I met Back Up at Stoke Mandeville hospital.

Luke was doing cooking with the children on the ward for Wacky Wednesday. He took the time to speak to us and understand our situation. He said Back Up could help with school and they ran courses for children. We also attended a wheelchair skills session which was so useful. I couldn’t believe that somebody was helping us.

Back Up helps you understand that it’s not the end of the world. I finally had some hope.

I spoke to Jo, who works to ensure children with a spinal cord injury are fully included at school. She was a wonderful lady… so tenacious. She helped me understand that you have to keep going, keep trying. It was wonderful to actually talk to someone and have them listen.

Jo encouraged us to go on the Lake District Multi Activity course for under-13s. Miley tried everything. He did abseiling. He did canoeing, bushcraft, sailing, and rock climbing. He played with the other kids. They even did a treasure hunt.

He really enjoyed himself and he’s more active now. Before he used to stay in bed and now he wants to be out in his wheelchair.

While we were there I saw Rich and David get into the car and the way they transfer. And I thought – if they can do it, Miley can do it!

It made a lot of difference to us in many ways. Sometimes you don’t see how much change something has brought into your lives and then suddenly you go “Oh, he would never do that before!”

We met wonderful people there – amazing people. Just by talking to somebody, half your pain is gone. I didn’t want to keep it inside me – it makes you ill. I am so grateful to them. They’ve made such a difference to my outlook.

If someone had told me two years ago that Miley can have a normal life and a job, I wouldn’t have believed them.

Before, we didn’t hope for much – we would say “whatever happens, happens.” But now we’ve met people who have achieved so much in their lives – they’ve done things like travelling and skiing. It was mind blowing even to think that Miley will be able to drive.

There are loads of wonderful people out there willing to help you. I wish I had spoken to Back Up sooner.

I am truly grateful for how Back Up made me realise things are possible for us and that we can do things as a family and I would love it if you would be able to donate today and join me in supporting Back Up.

When a family member has a spinal cord injury, it affects the whole family.

Overwhelming feelings of guilt, helplessness, confusion, and isolation are very common.
It can also be difficult to talk to friends and other family members. There can be a sense of not wishing to burden others.
Back Up’s family support team are trained to listen, offer advice, and support people to make positive changes in their lives.

Thank you for your generosity. 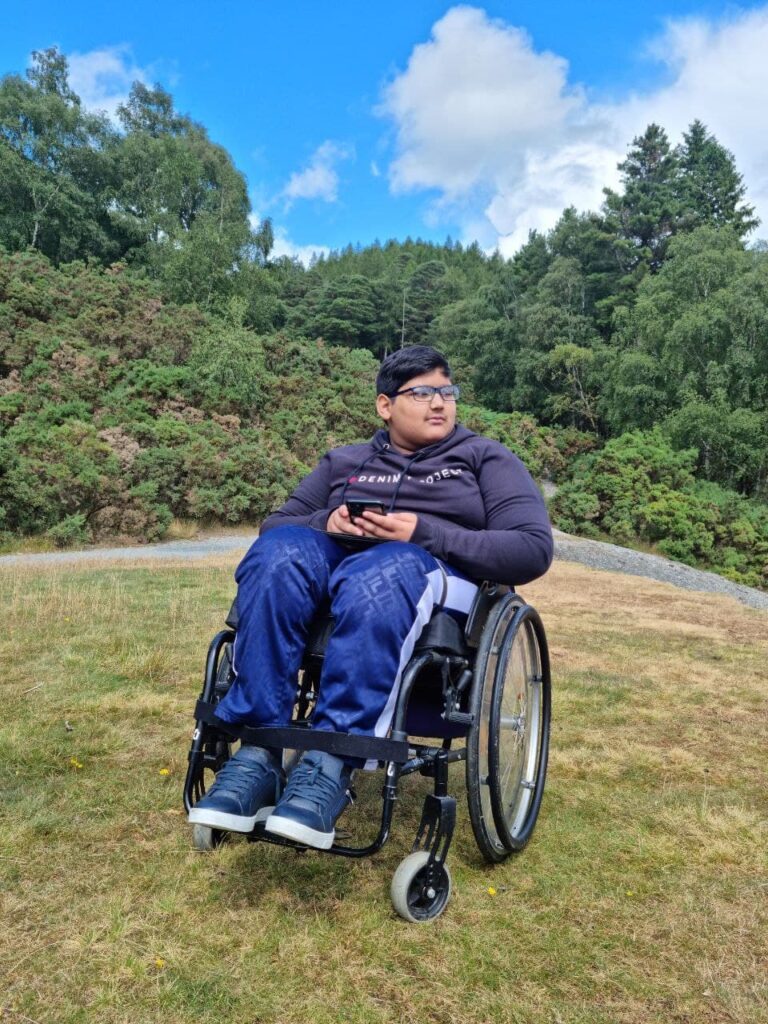